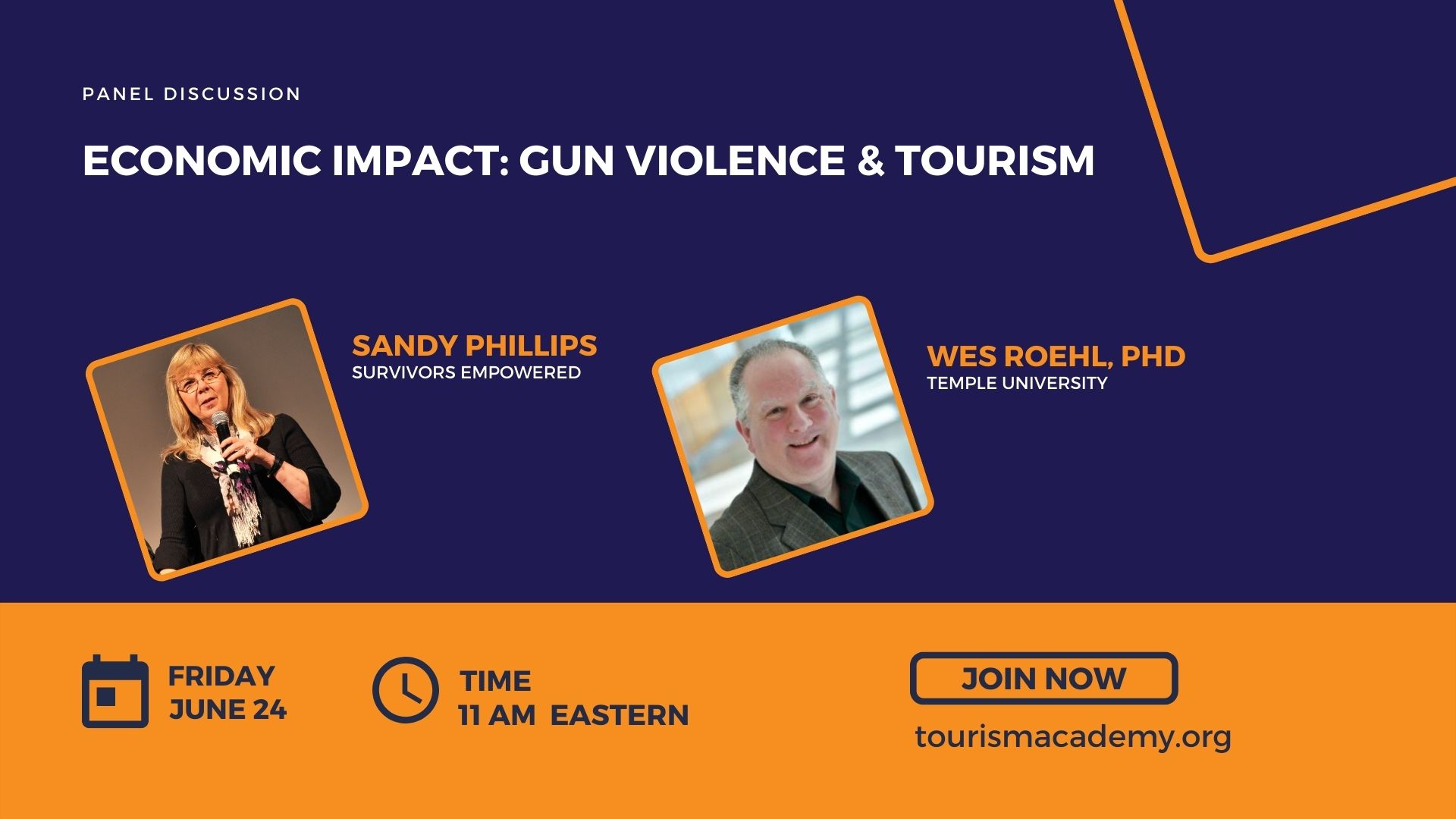 The topic of gun violence is not exclusive to politics - American gun policy has a major impact on the economy, including the tourism sector which is heavily reliant on perceptions of risk and safety.

Wes Roehl is a professor in the School of Sport, Tourism, and Hospitality Management at Temple University.  Wes received his Ph.D. from Texas A&M University and holds undergraduate and master’s degrees from The College of New Jersey and Southern Illinois University-Carbondale, respectively.  In addition to his current position at Temple University he has taught at the University of Nevada,  Las Vegas; Bond University in Australia; and Temple University's Japan campus.  His research focuses on tourist behavior, industry performance, and advertising effectiveness.  He is a former editor of Tourism Review International and the UNLV Gaming Research & Review Journal.  He has worked with industry partners including casinos, destination marketing organizations, festivals and events, industry advocacy groups, and municipal governments.

Advisory Panel Chair and Chief Strategist at The Tourism Academy | TourismAcademy.org is Stephen Ekstrom. Ekstrom began his career in the 1990’s on college radio at Quinnipiac University. He went on to create and deliver successful tourism development strategies for now thriving destinations, theme restaurants, cultural institutions, theatrical management companies, and some of the world’s most recognized attractions. He’s called upon to speak at colleges and universities, conferences and countless panel discussions each year. He hosts The Tourism Academy’s Business Class podcast and is a featured writer for several travel magazines. He’s also been profiled by media giants like the New York Times, NBC, ABC, CBS Morning, and NY1.

Host of the Business Class Podcast

Connect with Stephen on LinkedIn

Tags: Keynote Speaker
Back to Blog

How To Create eLearning Videos That Engage, Inspire, And Motivate Online Learners Videos are a...
Read More

VIDEO - The Power of Women In Leadership - A Panel Discussion

The Power of Female Leaders  Women and Leadership Women-owned and women-led businesses are one of...
Read More