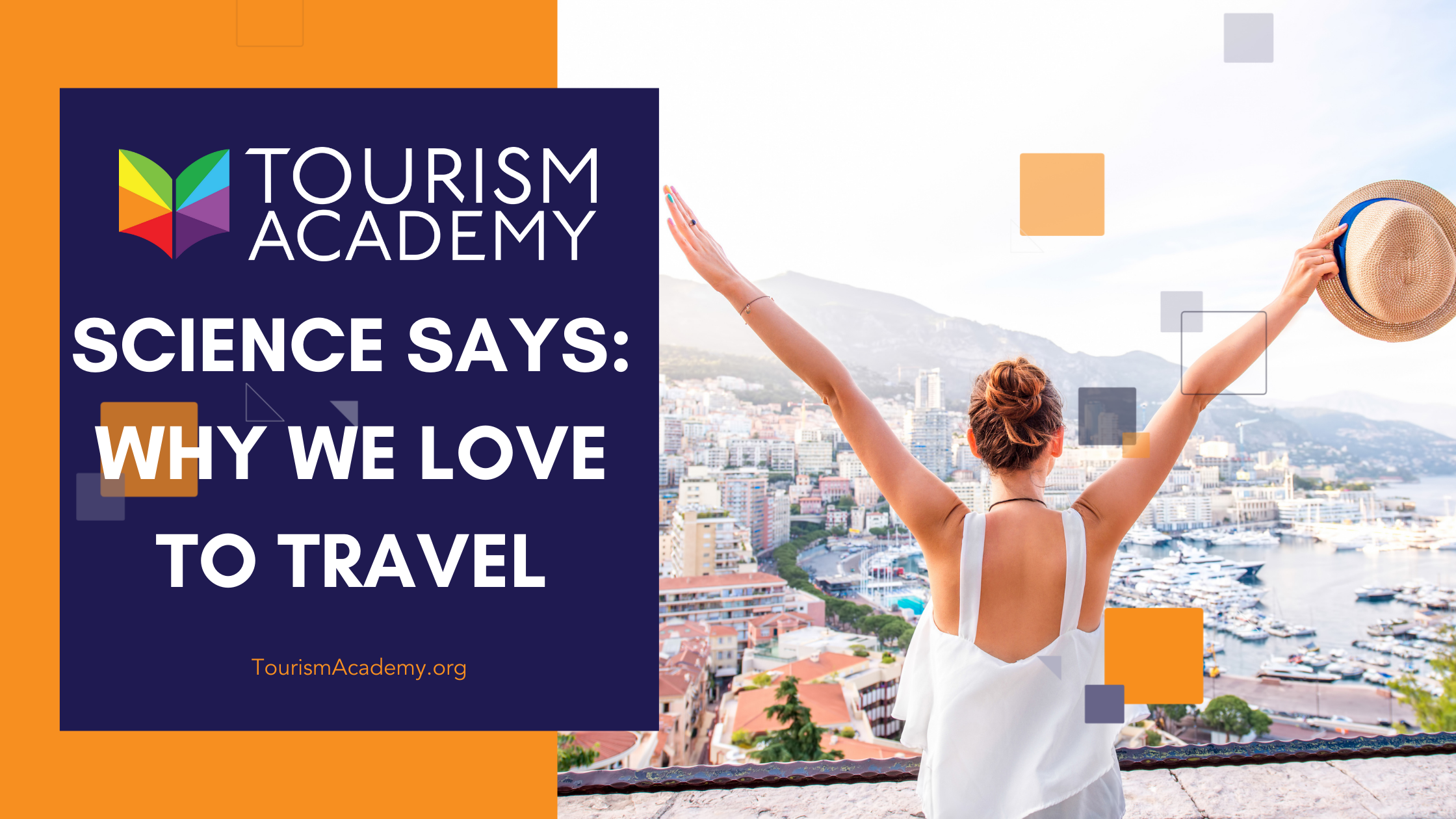 Science Says We Love To Travel

Consider yourself a serial wanderluster? Well, now there's a legit scientific reason why we love to travel so much. And hey, you can't argue with science...

And it varies greatly between individuals. Some people are perfectly content never leaving their home country. But these days it seems like we aren’t able to stay put in one place more than a few hours, days, months, years – we’re a restless generation seeking experiences as opposed to things.

And there’s a good reason for it.

RELATED: Find a Keynote Speaker for Your Next Event

Studies conducted in the past believe that too much dopamine in certain parts of our brain can lead to riskier decision-making behaviour. Dopamine is the “pleasure” chemical in your brain that releases adrenalin. The people that produce extra dopamine are deemed to have the DRD4 gene, which could explain the wide spectrum of behaviours we see in people.

An evolutionary biologist by the name of Justin Garcia spoke to a renowned travel blogger, Nomadic Matt, to discuss this so-called wanderlust gene. The DRD4 gene stems from tens of thousands of years ago when humans migrated out of Africa and made their way into other parts of the world. This act of migration is linked to “curiosity and restlessness.” These findings suggest that our yearning to travel, to explore new places and embark on new adventures is similar to that of our ancient ancestors.

Justin Garcia further explains “People talk about DRD4 in terms of risk-taking a lot. But there’s been a push to change that. Because we don’t know if it’s really about taking risks per se, or about putting yourself in a situation where you can interact with new stimuli and environments, which stimulates the nervous system in a particular way,” he says. “Some people seem to really need that novelty, and they seek it out wherever they can get it.”

That novelty isn’t entirely a bad thing. Those with this gene are probably more likely to embrace change and adventure. You’re likely to be passionate about travel.

Another study by J.Koji Lum, goes far enough to state that “DRD4 is just one gene contributing to the big picture. Assessing risk is just running an algorithm in your head. The different genetic variants mean that algorithm is running at different levels in people” and that “ultimately, over time, that small difference in the algorithm ends up in very different lives ahead.”

But is this the real reason why we travel? Surely not. This gene isn’t as common as you think, accounting for  just 20% of the population. So although it’s a contributing factor, it’s unlikely the sole contender. It boils down to environmental factors, too. “People with the 7R+ gene have a neurobiological predisposition that requires them to find a domain that allows them to get their kick”, Garcia explains.

So here’s a tip for you those with a serious case of wanderlust; travel now while you’re young and able – it might just be written in your genes.

PODCAST: Business Class With People Making Their Career in Tourism

Be sure to subscribe to The Tourism Academy's video and audio Podcast Series, Business Class -...
Read More

Online Learning Brings Out the Best in Us - Explained

Tired of Books? Let’s face it. We’d rather use our gadgets than these traditional tools for...
Read More

Travel tech company Impala has discovered that despite the fact most people have been stuck at home...
Read More